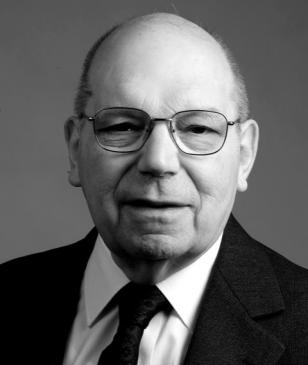 Jacques Tits was the recipient of the Abel Prize together with John Griggs Thompson in 2008. They received the prize for their profound achievements in algebra and in particular for shaping modern group theory.

Jacques Tits was born in Uccle, in the southern outskirts of Brussels, Belgium, on August 12, 1930. He retired from his professorship at the Collège de France in Paris in 2000 and was then Professor Emeritus.

- His legacy in mathematics will last forever. His passing is a sad loss, and we extend our deepest condolences to his friends and family, says Hans Petter Graver, president of The Norwegian Academy of Science and Letters.

His father was a mathematician, and Jacques’s mathematical talent showed early. At the age of three, he was able to do all the operations of arithmetic and he skipped several years at school. His father died when Jacques was only 13 years old. Since the family had very little to live on, Jacques started tutoring students four years older to contribute to the household expenses. He passed the entrance exam at the Free University of Brussels at the age of 14, and received his doctorate in 1950 at 20 years of age. Tits was promoted to professor at the Free University of Brussels in 1962, and remained in this position for two years before accepting a professorship at the University of Bonn in 1964. In 1973, he moved to Paris, taking up a position as Chair of Group Theory in the Collège de France. Shortly after, in 1974, he became a naturalised French subject. Tits held this chair until he retired in 2000.

Tits is the author of a large number of articles on various subjects, mainly in geometry and algebra, and he is widely cited.